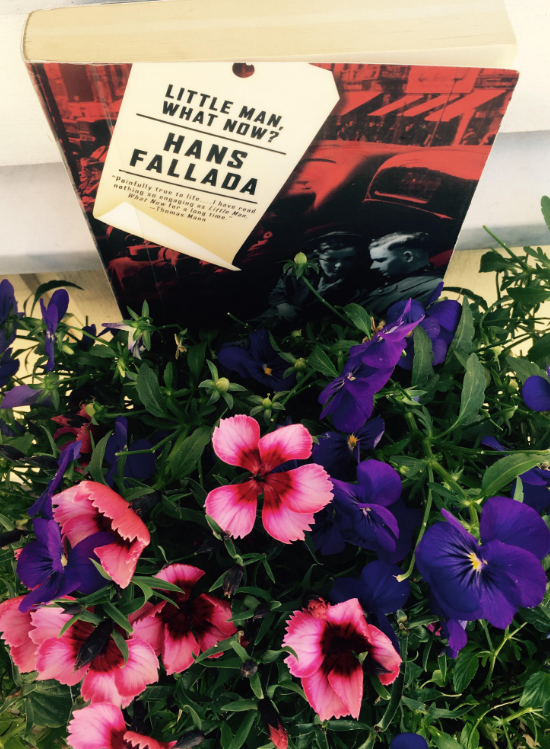 So many books to choose from, which is obviously good for me, but I decided that for this challenge I will not read a book about the Holocaust. I have read many of these books in the past. As a matter of fact, as a child I was obsessed with books about Germany in the 1940s, go figure. Then I got tired of the subject, and moved on to another one. Later on I have realized how many books how been written about the subject, even without me actually looking for them. The stories are really good, unfortunately most of them are true.

I ended up reading Little Man, What Now? by Hans Fallada, a book about the time just before the Nazis and the Holocaust. While reading it, I realized I haven’t read many books about this time period before. The time period is included in many books, but just as a prequel to the main events. Interestingly enough this book was an instant classic and international bestseller, and was also made into a Hollywood movie (by Jewish producers).

The book is about a young couple trying to make ends meet. The young couple decide to get married once they found out there was a baby on the way. The father-to-be, Mr Pinneberg, is a hard working man, but times are hard, bosses and co-workers not always fair, and even harder times are upon the small family of his.

The family end up moving after the father’s work several times, but somehow things do not go his way, and because it is hard to find work as well as a place to live for the amount of money he earns, they really have to make big efforts to make ends meet. This includes renting a room from his mother, who is mostly concerned about getting and having a lot of money for now and for the future, and to lead an easy going life, without taking others too much into consideration. Not the most caring and loving mother out there.

The story reflects the hard and poor times in Germany during the economic crises before the Nazis took over. Communism and Nazism were part of the everyday talk in and around Berlin, but no one was prepared for what would happen in the near future. Something had to happen, because the ongoing situation could not continue much longer.

It is a sad story in many ways, with little hope. It is a gray existence, and I can fully understand that expectations are high for change in the country. I think the story is well-written, balanced, and honest. It is indeed a simple story about ordinary people. But, it shows that there are no simple lives, and ordinary people are still distinguished individuals. Everybody has a story to tell. “Faced with this policeman, these respectable people, this bright shop window, he understood that he was on the outside now, that he didn’t belong here any more, and that it was perfectly correct to chase him away.”