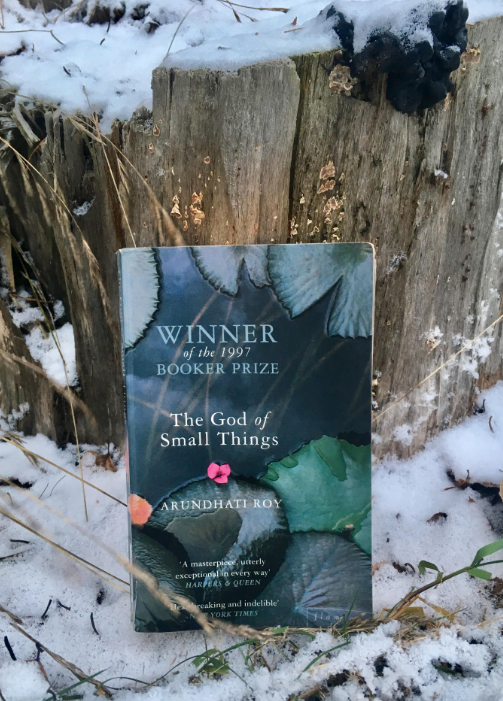 It has been awhile since I’ve dealt with a country with many options to choose from. I however find Indian literature to be heavily focused on a few subjects, and the books become repetitive and predictable. The God of Small Things by Arundhati Roy is in way a fresh exception to the rule, even though the themes are familiar the approach is a bit different. It won the Booker Prize twenty years ago, and it seems like it is still a popular book today.

This book gets so many praises from an overwhelming amount of people, but I have to say it did not quite live up to the hype. It rarely happens to me that I actually find a book as fantastic as it is hyped to be. Sometimes I wonder if I’ve read the same book as the other reviewers. Don’t get me wrong, it is a good book, but not a Top 100 for me.

India is a huge country with diverse people and cultures, but there are still some underlying issues that tend to be a part of every Indian book. Caste is something unavoidable, religion, nationality, and male-female relations as well. The books is a lot more than that though. It is also a story of a complicated family, and even more complicated family bonds.

Guilt and grief are strong themes in the book, and not uncommon subjects in family lives all over the globe either. Most things in life are small. Small things matter. The book goes mostly back and forth between 1969 and 1993. I was at times lost in the plot, but always found my way back on track. This is pretty much what I will say about the plot, because I would not do it justice trying to explain what the book is about in a short blog text.

It is quite extraordinary that this is a debut novel, because it is multi layered, sophisticated in its own way, and deep at points. India and Indian culture are fascinating because there are so many  contradictions, conflicting ideas and movements as well as cultural expectations. All have found their own way into the book. Life is filled with contradictions and conflicts in one way or another, no matter where you are or who you are.

Because of the intensity and dense prose I would not recommend this book to just anyone and everyone. I think anyone can plow through the book without problems but to fully be able to understand and appreciate it, it would be good to have several hundred books under your belt before taking on The God of Small Things.